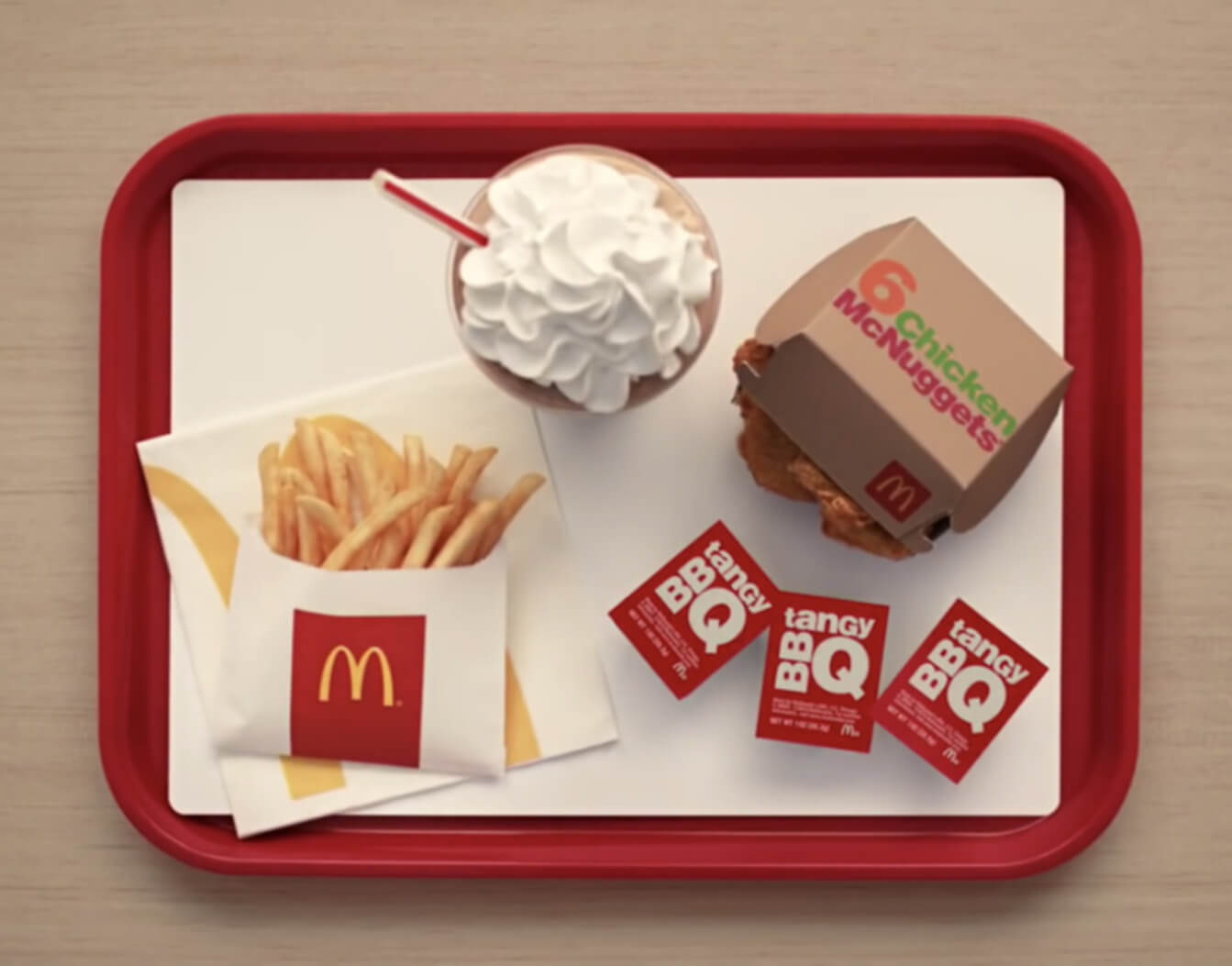 Who can forget the iconic “Whassup” Budweiser commercial that sparked an endless amount of pop culture references? And it was a Super Bowl commercial that brought us Old Spice’s “The Man Your Man Could Smell Like.”

What Super Bowl commercials dare to do that so many small brands fear is push the limits.

Sure, the big names that vie for a 30-second commercial spot have a lot of name recognition and brand value behind them. And $5,600,000 to pay for a Super Bowl ad in the first place. But that doesn’t mean it’s still not risky for them to show off their weird side.

In 2012, TaxAct.com wanted to highlight its free tax services. They did so by telling a kid he was “free” to pee in the pool. The commercial flopped — it wasn’t something viewers could relate to — and now it remains on almost every list of the worst Super Bowl commercials of all time.

So what can smaller brands who don’t have millions of dollars to put into developing and airing a 30-second commercial learn from the Super Bowl?

Don’t be afraid to try something different. And we mean different.

How often do you really take risks when it comes to your creative? Don’t get us wrong, there’s nothing wrong with creating assets you know will work. But how much are you learning if you keep doing what’s already “working?”

What if something else could work even better?

We’ll break down some of the most successful commercials of the 2020 Super Bowl and show you how to use their daring attitude to improve your creative.

2020 Super Bowl Commercials to Learn From

If you were in the room when someone suggested doing an entire commercial emphasizing the often looked-down-upon Boston accent, you probably would’ve laughed and said, “yeah right.”

But Hyundai turns the distinct accent on its head to drive the phrase, “smaht pahk” into your head. And in doing so, the company turns the new Smart Parking Assist feature of the Sonata into something that’s hard to forget.

The accent, the city of Boston, and the celebrities have nothing to do with Hyundai or the Sonata. But by leaning into the humor of the Boston accent, they’ve delighted their audience, featured the benefits of the Smart Parking Assist, and increased the brand and feature recall in their audience’s minds.

Takeaway: Humor, when done right, can be a powerful thing. There was a lot of potential for this ad to anger people from Boston for poking fun at their accent. But because Hyundai did it with a lighthearted approach, it was wildly successful.

Don’t be afraid to let your brand’s personality and sense of humor show. Not everyone has to get it. But the ones who do will be that much more impressed and connected with your brand.

In arguably the most touching commercial of Super Bowl LIV, an elderly man uses Google’s devices to help himself remember all the moments he and his late wife Loretta shared.

While advertisers might shy away from such a somber ad, Google’s “Loretta” commercial illustrates the many emotional benefits of their products.

The ad positions Google as an important part of modern life, and highlights memorable benefits that all generations can relate to.

What’s more, Google used its Super Bowl commercial to demonstrate the kind of brand it wants to be. By reframing Google’s massive data collection that has raised privacy concerns, the brand instead shows how data collection can be a net positive in its users lives.

Here’s a little therapy session for you: it’s okay to be vulnerable. Most people are. And most people will connect with it.

Not everything has to be all-sales, all-the-time. In the crowded ad space, anyone can show an ad highlighting a sale. But not everyone can make you stop and feel something while doing so.

It’s fine to mention sale details in your Facebook or Instagram ads, but dare to push your brand further. You don’t just want people to buy from you — you want them to feel good about doing so.

Tuning into the emotions that motivate your ideal customers will help inform your branding, your products, and the benefits you communicate with new audiences.

Have you ever wondered what your favorite celebrities order from McDonald’s? Now you don’t have to. After scrolling through tray after tray of famous and regular customer orders alike, McDonald’s simply asks, “May we take your order?”

Who doesn’t love imagining Kanye and Kim Kardashian West in their luxury cars rolling through the McDonald’s drive-thru?.

But in addition to using humor as an advertising tool, this McDonald’s commercial is welcoming: it invites the consumer in.

It emphasizes how well McDonald’s understands the way customers interact with their company. McDonald’s demonstrates that they understand most people have a go-to order, no matter who they are.

By delving into their customer data and recognizing the patterns people make in purchasing certain menu items, McDonald’s is able to connect with their audience on a whole new level.

Takeaway: Enable customers to imagine their own experience with your brand. We love personalization as marketers.

But personalization goes beyond just using someone’s name in an email subject line. It’s about inviting people to envision the experience they’ll have with your brand. By personalizing content, you’ll create loyal customers who feel understood by your brand.

We open on what seems like an episode of Rick and Morty, but main characters Rick, Morty, and Summer slowly realize they’ve been transported into a Pringles commercial.

With a viewing audience that is 60% male and averages 22.9 years in age, Adult Swim produces series that are sometimes raunchy and always irreverent. Where fourth wall breaks are common and wacky storylines rule, Rick and Morty is popular with a specific group of snackers.

While we might think of Pringles as a universal snack, Pringles targeted an audience they knew they could expect a great return from. After all, it’s not hard to imagine 20-year-old college guys buying multiple cans of Pringles to watch their favorite shows.

For fans of the show, the commercial was a message tailored just for them. Everything about the ad, from the fourth wall break to the irony of Pringles making fun of Pringles ads, spoke to the Rick and Morty audience in a language only they understood.

The benefits targeting can offer advertisers aren’t new. But for some reason, marketers and brands seem hesitant to really target their content.

Maybe you think an audience is too small, or you’ll alienate the larger portion of your audience with an ad that’s too unique, but knowing exactly what your customers like and then providing them with that content will always produce great results.

Putting This to Work in Your Own Ads

When it comes to Super Bowl commercials, brands invest a mountain of resources into producing what they hope will be a memorable ad. But you don’t have to have the same “go big or go home” attitude to employ the takeaways above into your own advertising.

You can start by taking small, calculated risks and testing new creative or copy among a portion of your audience. Look at the cues from past ads that you’ve run. Is there a small inkling that your audience has a unique sense of humor? Run with it.

No one said anything about 30-second videos being the only key to success. You can take your viewer on an emotional journey with a compelling narrative, or personalize content by creating custom audiences and targeting based on their details.

It doesn’t cost an arm and a leg to put together and test creative that’s a little bit new and different. Advertisers can get statistically significant results from a creative test after one hundred or so conversions.

And most brands can do this using as little as 5-20% of their ad budget for that particular platform.

It’s important to test on a smaller level and make sure your results are significant before scaling up budget and audience.

The greater risks you take as a marketer, the greater the potential return. In the crowded ad space, standing out and connecting with your audience is paramount. Nothing emphasizes this more than Super Bowl commercials.

Ad Age calculated the top ads of Super Bowl LIV by digital share of voice. Google’s “Loretta” commercial managed to earn 4.04% digital share of voice, with 2,749,293 earned online views and 82,861,768 social impressions. Most of those people were probably not looking to use Google’s services, but they were still talking about Google.

What this year’s Super Bowl commercials demonstrate is that understanding your audience and reaching them with content they’ll respond to — whether it be weird, wacky, emotional, or funny — can produce immensely powerful results.

So be inspired and take risks when it comes to your messaging and creative. Step outside the bounds of what you think will please everyone in your audience. Dare to find the small segments of your audience that you can engage with on a deeper level.

People respond to and buy from companies they feel are authentic and understand them. Standing out isn’t just about being seen — it’s about connecting to your audience in a way your competitors aren’t. 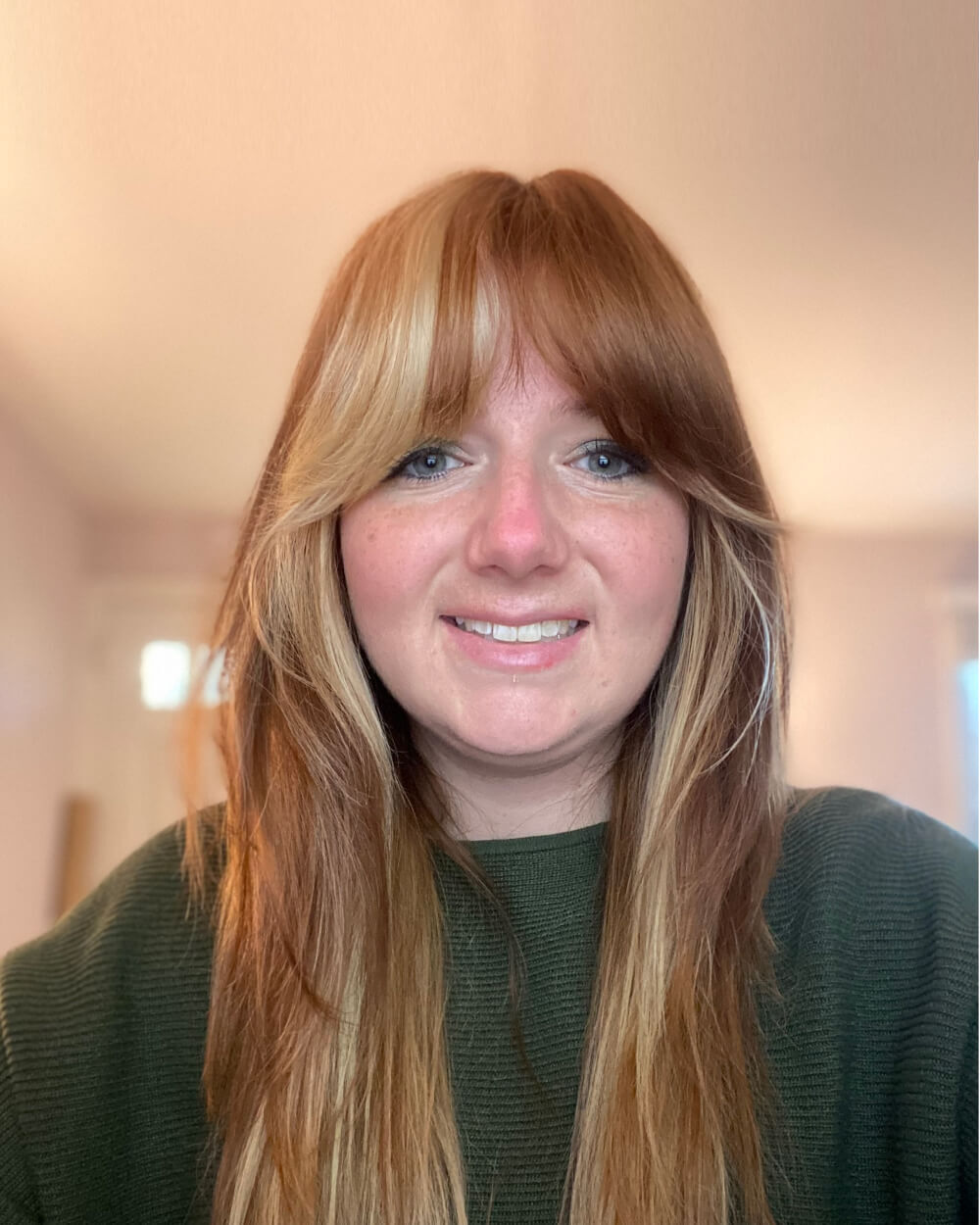 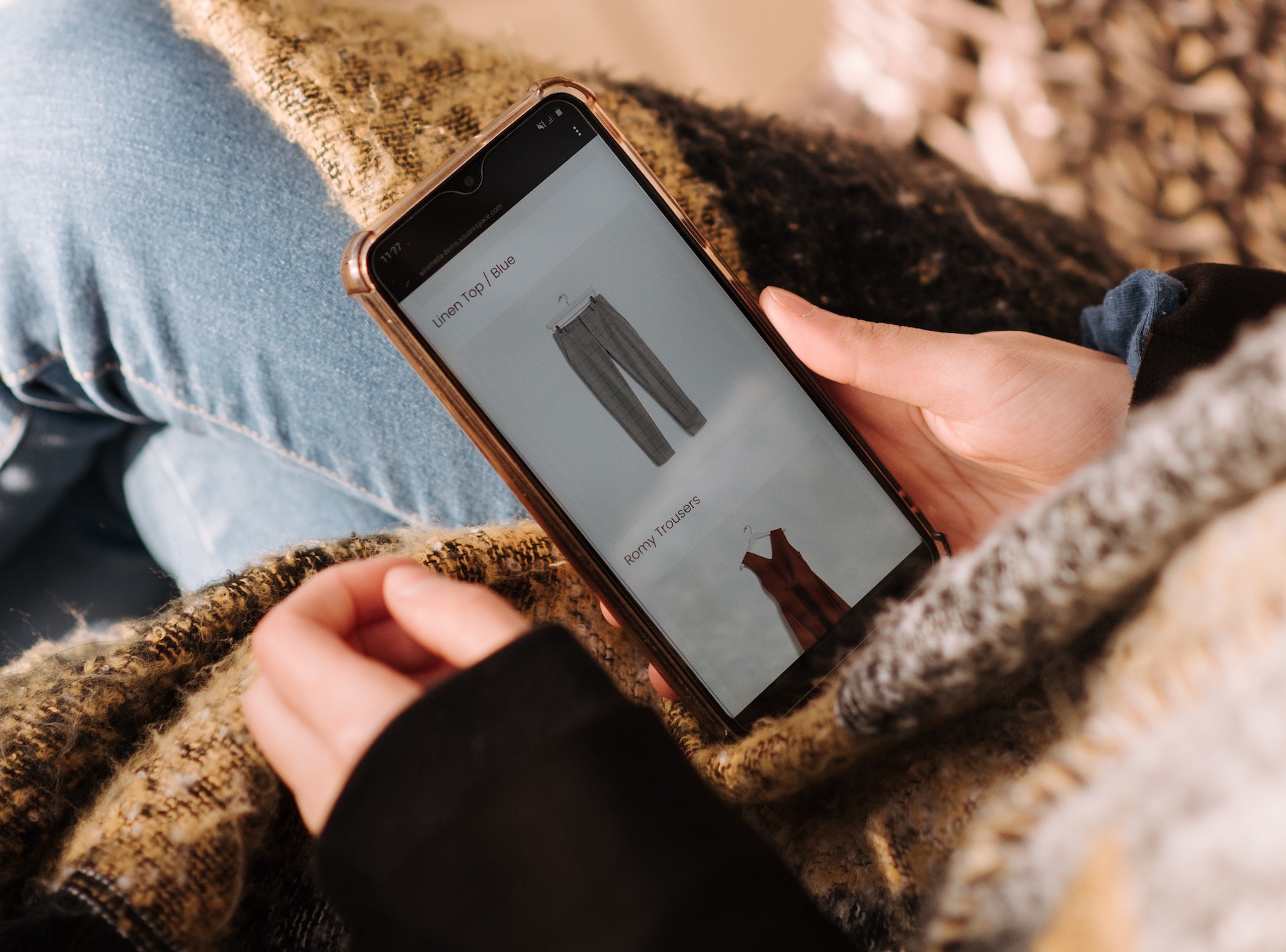 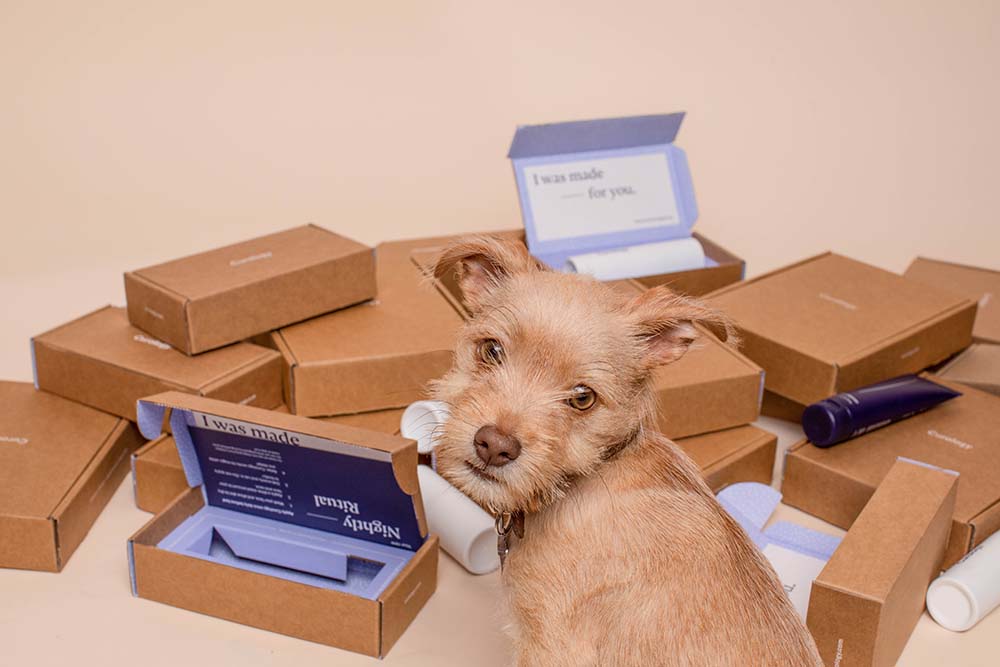